By The Nice Programmer July 21, 2017
Introduction
Have you ever been to a scala conf and told yourself "I have no idea what this guy talks about?" did you look nervously around and see all people smiling saying "yeah that's obvious " only to get you even more nervous? . If so this post is for you, otherwise just skip it, you already know fp in scala ;)
This post is optimistic, although I'm going to say functional programming in scala is not easy, our target is to understand it, so bare with me. Let's face the truth functional programmin in scala is difficult if is difficult if you are just another working class programmer coming mainly from java background. If you came from haskell background then hell it's easy. If you come from heavy math background then hell yes it's easy. But if you are a standard working class java backend engineer with previous OOP design background then hell yeah it's difficult.
Scala and Design Patterns
An interesting point of view on scala, is looking at it's set of features as design patterns. This is exactly what Ivan Nikolov says in Scala Design Patterns . He actually shows how the hybrid nature of the scala programming language also makes some of the traditional object-oriented design patterns obsolete, or possible, using other cleaner techniques in his great book. While I fully agree with him, I recognize that it's going to take lot of time going over all the standard design patterns and not only the standard ones but also many of th enon written patterns, best practices, and seeing how the match in the scala programming language. 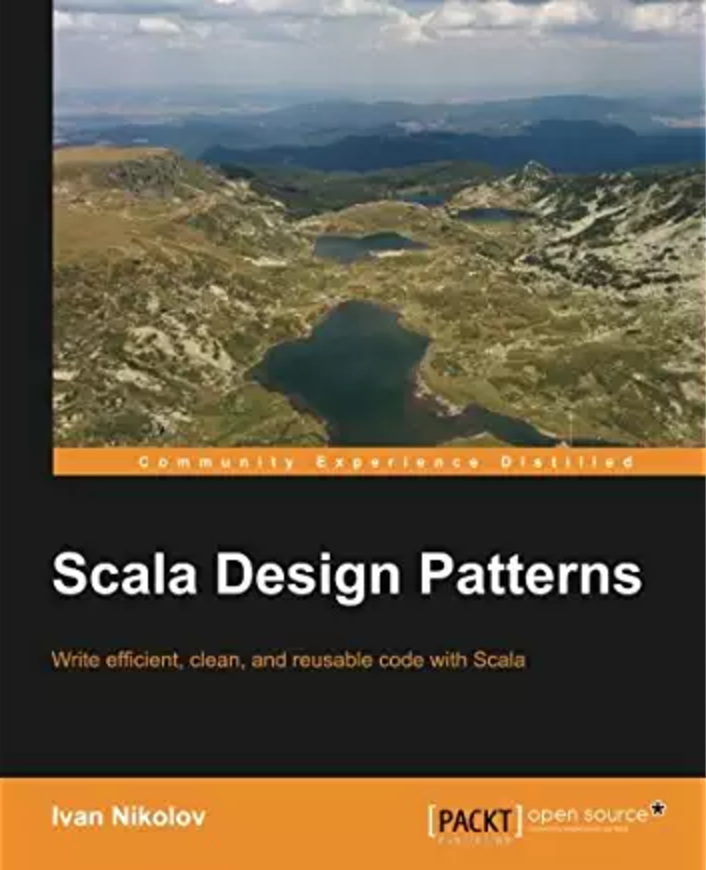 Terminology
Let's start with the terminology, monad, semigroup, functor, typeclass, higher order functions, higher order types, partially applied functions, partial functions, are you still with us? If you already know the above concepts then this post is not for you but if you don't then heck yeah, but I have no chance of going through them in a single post, so stay tuned for the next post.
Example, is it simple
Question, is the below code easy?
Not for me, what are all those "Free", "lift", "pure", what are the generics doing there? I can find thousands of examples like this, just search google for the cool FP terminology, this is our target to decompose this structure, to clear out the fog.
Haskell
I think if you want to learn scala you first need to learn haskell or something else and only then get to scala. It looks like its very difficult to first get to these concepts by scala. And yes when I need to learn a concept in scala guess what I first learn it in haskell and only then get to scala. if haskell would only have all java libraries and run on jvm...
FP is very important
But FP is very important, concurrency, better code, big data, parallel computing, better testing. I mean FP is the thing for a programmer who want's to write clean code with a clean pure core and all the IO surrounding it, it's the dream of clean code, so we are going to make that effort.
The good thing about FB
The good thing about FP is what makes all the problem and noise. With FP you use pure functions, this I assume we all know what it means. The problem is that real world applications are not pure, they have side effects. And this is where much of the complexity comes into play, this is the challenge, in addition you don't mutate things, so you start using recursion :)
The benefits of imperative programmers
Before i'm getting assassinated by functional programmers I want to tell you this, there are good things about imperative programming. If you have some basic sanity of clean code practices and you write well organized and clean code with imperative programming, (small functions, mutation where needed but not always), you use for loops instead of map/flatMap twin brothers. Then you know what? you use the java util concurrency building blocks and non blocking io also with multithreading, you can write excellent applications which have high performance utilization, I know this from first hand, I wrote many such apps some with very high scale demand, and i have to say that for other programmers without majour knowledge in FP those imperative programs were much easier to understand than their FP mirror brothers and sisters programs. So imperative is also good. But we are here to get to FP not to imperative. And this is the route we are going to take.
Declarative vs Imperative
So the first step is to understand what declarative code means.
I like jenkov article "The illusion of declarative code". He presents the below imperative code:
Now he asks what is the declarative version of that code? and he answers:
Here - it's declarative we didn't say imperatively how we want to calculate capital with interest we have just told the computer that we want it to calculate for us the capital with interest.
Declarative code with scala
So in scala the most common example of declarative code is by using "map" and friends instead of for loops, for loops are the explicit imperative way to tell the computer how to do the loop and map and friends are declarative you just tell the computer go over the items on this list and subtract 2 from each
So in this case instead of imperatively going through the list and printing each we tell odersky, hey please for each item in the list (map) please subtract two and for each item print it (after you subtracted 2 from it)
Functional Programming and Immutability
Because in functional programming we would rather have pure functions, then, there is a consequence to that the consequence, is that we use immutability more nad more, as much as we can in favour of mutable data structures. In the great book Scala Design Patterns by Ivan Nikolov, the author says, quote: "Immutability is an important principle in Scala and it should be preferred. The builder design pattern with case classes uses immutable fields and this is considered a good practice.". And yes case classes which inherit from sealed traits are not only a great way to model your data, they help extensively with using immutable data structures instead of mutable.
Summary
We have just touched the tip of the iceberg here, but don't worry before global warming takes it's place and metls the iceberg we are going to hit upon all the concepts you wanted to know about scala but had nightmares about free monad, managing state, functors and friends.

By The Nice Programmer April 03, 2020
Introduction Being On-Call is not easy. So does writing software. Being On-Call is not just a magic solution, anyone who has been On-Call can tell you that, it's a stressful, you could be woken up at the middle of the night, and be undress stress, there are way's to mitigate that. White having software developers as On-Calls has its benefits, in order to preserve the benefits you should take special measurements in order to mitigate the stress and lack of sleep missing work-life balance that comes along with it. Many software developers can tell you that even if they were not being contacted the thought of being available 24/7 had its toll on them. But on the contrary a software developer who is an On-Call's gains many insights into troubleshooting, responsibility and deeper understanding of the code that he and his peers wrote. Being an On-Call all has become a natural part of software development. Please note I do not call software development software engineering b
1 comment
Read more

By The Nice Programmer May 06, 2020
Introduction When you run an SQL Query you select rows, but what if you want to have a summary per multiple rows, for example you want to get the top basketball for each country, in this case we don't only group by country, but we want also to get the top player for each of the country.  This means we want to group by country and then select the first player.  In standard SQL we do this with joining with same table, but we could also use partition by and windowing functions. For each row the window function is computed across the rows that fall into the same partition as the current row.  Window functions are permitted only in the  SELECT  list and the  ORDER BY  clause of the query They are forbidden elsewhere, such as in  GROUP BY ,  HAVING  and  WHERE  clauses. This is because they logically execute after the processing of those clauses Over, Partition By So in order to do a window we need this input: - How do we want to group the data which windows do we want to have? so  def c
Post a Comment
Read more

By The Nice Programmer March 21, 2018
Ry's Git Tutorial BOOK Review There are many good books about git but  Ry's Git Tutorial stands out as an amazing git tutorial book  I will describe below why: http://amzn.to/2pwEuFJ I want to stress out although I'm going to list below what this books talks about that is not the reason you should read this book.   The reason you should read this book is that it's crystal clear about git! it's just an amazing book, it's fun to read, and I truly get to understand git. It very clear, Ry's manages to bring us closer to git by making things really clear. Ry's makes an outstanding effort to bring us from knowing nothing about git to being an expert. The book starts with the real basics like Initializing the repository on an example website, staging files, exploring the repository. Then he moves on to  undoing changes  and he scans various ways you can undo your changes: viewing old revisions, tagging release, undo commit stages etc. Branches
1 comment
Read more